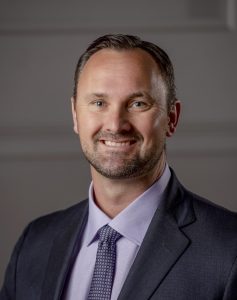 Bobby Coles, CPO, LPO has established a reputation for providing practical solutions, delivering the highest level of care for his orthotic and prosthetic patients. He is an American Board Certified (ABC) Prosthetist Orthotist with more than 15 years of experience in the field and is licensed in the Commonwealth of Pennsylvania.

Bobby serves as a prosthetic examiner for the Clinical Prosthetic Management (CPM) exam. The CPM is a necessity for all new prosthetic residents in pursuit of board certification. Bobby has been an examiner, auditor, and site coordinator for the exams since 2013.

Bobby has been trained in a variety of procedures and in the latest technology advances including vacuum systems, microprocessor knees and ankles, transtibial and transfemoral socket systems, upper extremity prosthetic and orthotic systems, spinal correction systems, and pediatric prosthetics, orthotics and cranial remolding.

Bobby is an active participant in his community and continues to contribute efforts to advancing the prosthetics and orthotics profession. Bobby and his wife, Amy (Joseph), reside in Wexford, PA with their daughter, Liliana.